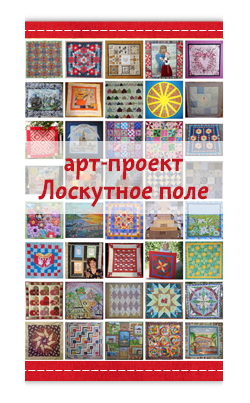 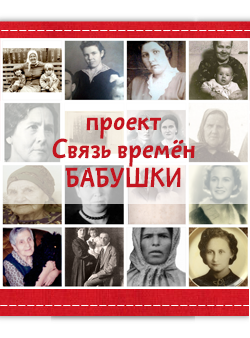 Capital of the “Golden ring of Russia”, town of Suzdal, in August 2017 will yet again become the capital of Quilting. From 10th till 16th of August all around the town, there will be fairs showcasing the beauty and uniqueness of the handcraft, which is called patchwork or quilting all over the World.

Suzdal Festival will gather the masters of quilting and their works from different countries and regions of Russia. Festival is expected to receive a lot of guests and participants of different nationalities, since quilting has millions of fans around the Earth. Quilt Festivals’ popularity rises every year, because precisely handcraft enables humans to slow down the ever running rhythm of life, look into your deeper thoughts and worries, and express those in your works.

“Connection of times. From the past into the future” – that’s the main theme of the Suzdal’s International Quilt Festival in 2017. Interesting, thoughtful and serious theme will allow the participants to take a wider glance at the versatility of the modern life, find something to pass on to the future generations. We hope that human values such as love, kindness and spirituality will remain eternal for all times.

International Quilt Festivals are the folk’s diplomacy, as they unite people of different origins and let them understand each other through their creations.

On Saturday 12th of August 2017 during the town of Suzdal’s foundation day, concert and a showcase of the contest “fashion in patchwork style” works will take place on the central Trade Square. Handcraft fair will also take place there and from the early morning till lunch time the flea market will be open behind the trading rows along the beautiful river “Kamenka”. The evening programme at the day will be colorful, along the central street (Lenin Street) you will have the chance to witness the costumed procession, which will consist of the local residents and the town’s guests. All you have to do is prepare a costume in advance. The town’s government will gift presents to the ones with the most interesting costumes. The day will conclude with a big concert and celebratory fireworks.

On a Sunday 13th of August 2017 everyone will have a chance to walk across the “Quilted Field”, which will consist of 1x1 metre Quilts sewed by the quilters from different countries laid out in a chess order. Art-project “Quilted Field” will take place on the territory of the Suzdal’s wooden architecture museum. A lot of photos will be taken on the background of the old wooden houses in Suzdal. A few hundred participants of the Festival in Suzdal are sewing their costumes and outfits for the purpose of also becoming part of the ornament of the big celebration.

During a whole week from 10th till 16th of August 2017 the festival will hold more than 100 master-classes, learning programmes and lectures.

Men will also not be left unattended. Festival will hold a special project “Quilts made by man”, where all the works are to be completed purely with men’ hands.

Among the festival participants there are also school groups, who are sewing Quilts for the children contest. Child works often do not lose out to the older generation ones. Children will take part in the showcase “Fashion in patchwork style”.

Billboard on the town’s library in the centre of Suzdal will invite the guests to the big project “Textile dolls”.

Today Quilting has long since stepped over the doorsteps of the local history museums and became an object of the modern art exhibitions. Exactly because of that, the best works of the Suzdal Festival travel around the cities and countries for a whole year, surprising the viewers by their extraordinary inventiveness and mastery of their creators.

Festival takes place in one of the most important historical and touristic centers in Russia – old town of Suzdal, which is located 220km away from Moscow. During the one week of stay in Suzdal, the guests of the festival will become acquainted with the colorful and charming Suzdal, which got preserved since 19 century as a town-museum under the open sky. After celebrating its 990th year since its foundation, Suzdal still protects the real treasures of the medieval Russian architecture, orthodox churches and monasteries, wooden structures (more than 200 historical landmarks situated on an area of 9 square kilometers). Since it wasn’t allowed to build tall buildings in Suzdal, the town managed to sustain its unique atmosphere of the olden days.

International Quilt Festival takes place in Suzdal with the support of the Ministry of Culture of Russia, Vladimir region administration and Vladimir-Suzdal Museum-Reserve.

Russian Quilters Association with the support of the mayor of Suzdal, the governor of Vladimir region, The Ministry of Foreigh Affairs and the Minirtry of Culture of the Russian Federation announces International Quilt Festival in Suzdal, which will take place in Suzdal on  August 2016.

The guests of the Festival have a unique chance to see the modern exhibitions of artworks from France, Japan and Mexico. Many honored foreign guests are expected to visit the Festival.

The local Suzdal library is hosting several exhibitions of rag dolls and toys, curated by Tatiana Basova, a renowned expert on the traditional Russian ragdoll. The library will also house the unique exhibition of quilted works by the Indians of Kuna tribe from Panama. The Mola technique is very popular all over the world nowadays.

The programme of the Festival includes the Yakut crafts display, the life-size puppets contest, felt and textile ladies accessories contest and a show of ‘Made by men’ project. On the Town Day the main square of the town, Trade square, will host a fashion show and a fair. In addition to that, there will be a crafts ‘flea market’ on the Town Suzdal Day at 11 August 2016.

The winner of the main contest “Love” will be awarded with a trip to the best quilt-festival in Tokyo, Japan in January 2018.

The central event of the Festival is the continued project “Quilt Field”, a field literally assembled from the quilted works of art made by Festival participants from Russia and abroad. The project will take place on 12 August 2017 in the Museum of Wooden Masterpieces. Any participant can submit their work to become a part of the giant quilt. After the end of the project all the works will take part in a ‘blind’ exchange: each work is labeled with the author’s name and address, so after randomly exchanging their works the quilters have a chance to make new friends. Some of the best quilts of the “Quilt Field” project will be exhibited in other cities and countries.

Russian Quilters Association invites the guests of the Festival to take part in the quilted Carnival – the festivities in the historical streets of the Suzdal old town. The participants are asked to wear a quilted fancy dress and/or headdress, which can be made by hand before hand or bought at the local fair. The Carnival will be an important part of the Town Day celebration programme on 11 August 2016.

The rich programme of the Festival includes numerous workshops, master classes, seminars and lectures on the most topical subjects in the sphere of quilting as well as sightseeing in the town and its vicinities.

The Festival takes place in Suzdal, one of the main historical towns and a tourist gem of Russia, located just 220 kilometers away from Moscow. During the Festival week the guests can explore the charming and picturesque town of Suzdal, which has been conserved as an open-air museum since XIX. 900-year-old Suzdal still preserves over 200 historical landmarks scattered over 9 square kilometers.

The real treasures of medieval Russian architecture, such as orthodox churches and monasteries and wooden masterpieces. Since any high-rise construction is prohibited in Suzdal, the town managed to save the unique atmosphere of an old settlement, where only the church steeples and domes rise above the skyline.